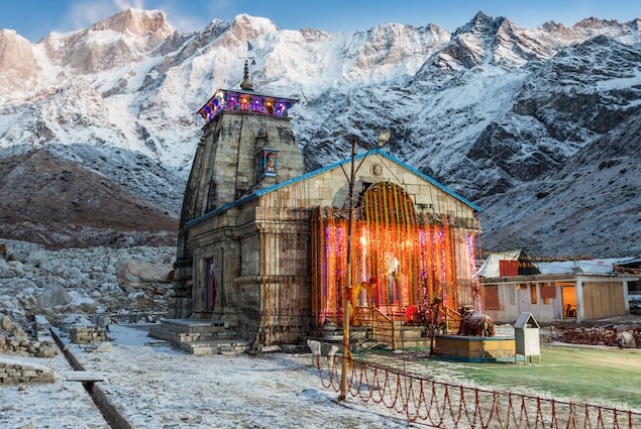 Dehradun: The Char Dham Yatra to Kedarnath was on Monday halted amid heavy rain and snowfall in Uttarakhand.

The Hemkund Sahib Yatra began on Sunday with 5,000 pilgrims allowed to visit the shrine daily. “Hemkund Sahib experienced light snow on the day the portals of the shrine were opened but it has not affected the yatra,” said Hemkund Sahib Management Trust vice president NS Bindra.

The district administration cited the pilgrims’ safety and stopped the yatra for the Kedarnath shrine at Rudraprayag.

Over 10,000 pilgrims were waiting for the yatra to resume.

The India Meteorological Department, in its special forecast for the Char Dham area, has issued an alert for thunderstorms with hail and lightning till 8.30 am on Tuesday. It also issued an alert of high-velocity winds in the range of 70-80 km per hour