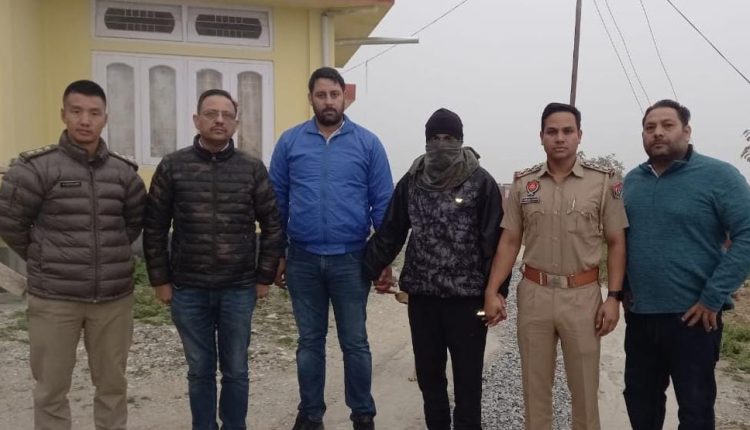 In a major development in the Chandigarh University video leak case, the Punjab Police have apprehended an army personnel from Sela Pass in Arunachal Pradesh.

Punjab Police DG, in a tweet, informed that Sanjeev Singh, an accused army jawan, has been apprehended by police on Saturday in connection with the Chandigarh University case. The DGP also commended the Army, Assam, and Arunachal Police for cooperation which led to the arrest of the accused.

Crucial breakthrough in the #ChandigarhUniversity case with the assistance of the #Army, #Assam & #Arunachal Police.

According to the police, the Chief Judicial Magistrate (CJM) Bodali has granted transit remand to the police to produce the accused in Mohali court.

The police have already arrested three people including the accused student in connection with the Chandigarh University video leak case. The police have gathered a large amount of information from the initial interrogation of the three accused, namely the MBA student, her boyfriend Sunny Mehta, and her friend Rankaj Verma, on the basis of which they are conducting further investigation.

Last week, students protested on the university campus in Mohali, Punjab, alleging that a hostel inmate had recorded several objectionable videos of students in the common washroom. Some students even claimed that the videos were leaked, but authorities dismissed all claims as “baseless” and “false.”