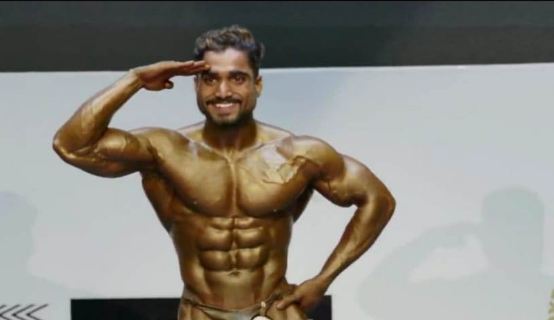 Bhubaneswar: The bodybuilder from Odisha, athlete Chandan Kumar Sahu has proudly won the gold medal in the 12th edition of the World Body Building Championship.

The World Bodybuilding & Physique Sports Championship 2021 was held at Tashkent, Republic of Uzbekistan.

According to reports, Chandan from the Ganjam district in Odisha has won as the only Indian participant. He has won the gold medal in the 70-KG segment.

Reportedly, two athletes from Odisha– Chandan Kumar Sahoo and Subham Mishra were selected to participate in the Body Building & Physique Sports Championship scheduled from October 1 to 7.