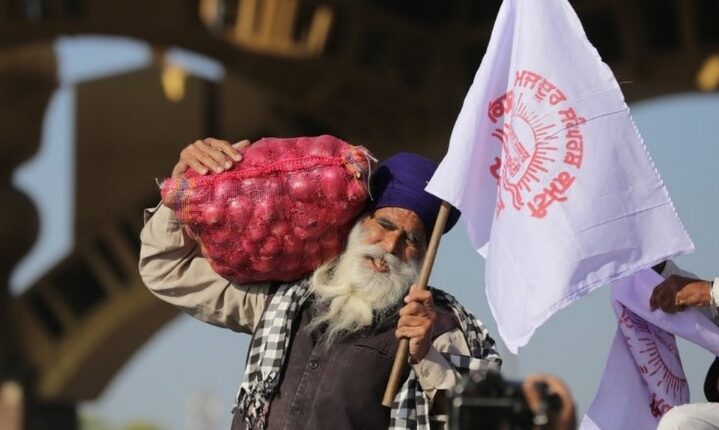 New Delhi: The seventh round of talks between the Centre and the protesting farmers will be held today to end the ongoing stalemate between them over the three contentious agriculture laws.

The two sides have, so far, held six rounds of talks to find a solution in order to break the deadlock but failed to achieve any major breakthrough with farmers refusing to budge on their demand for the repeal of the laws.

The farmers who are protesting since over a month now at the borders of Delhi, will be meeting the Centre on Monday over the repeal of the three agriculture laws and giving legal status to the minimum support price guarantee in the next round of talks.

The farmers, camping out at the Delhi borders amid the bitter cold and rains, have warned that they will hold a tractor rally on Republic Day if their demands are not met.

In the last round of meetings, the Centre said the two sides had come to an understanding on two of the four demands of the farmers – withdrawal of the Electricity Amendment Bill and the penal provisions for stubble burning in the Air Quality Commission Ordinance.

The farmers’ representatives who attended the last round of meeting on December 30, said the government has indicated that it would not repeal the laws, citing the long and cumbersome process required.

With concerns that farm laws would weaken the MSP and mandi systems and leave the farmers at the mercy of big corporates, farmers have been protesting at different borders of the national capital for over a month against the Farmers’ Produce Trade and Commerce (Promotion and Facilitation) Act, 2020, the Farmers (Empowerment and Protection) Agreement on Price Assurance and Farm Services Act, 2020, and the Essential Commodities (Amendment) Act, 2020.

Maintaining that the apprehensions are misplaced, the government has ruled out repealing the laws and asked farmer leaders to hold a discussion on clause by clause of the laws.

Winter Chills! Weather forecast & warning for districts of Odisha for next 5 days