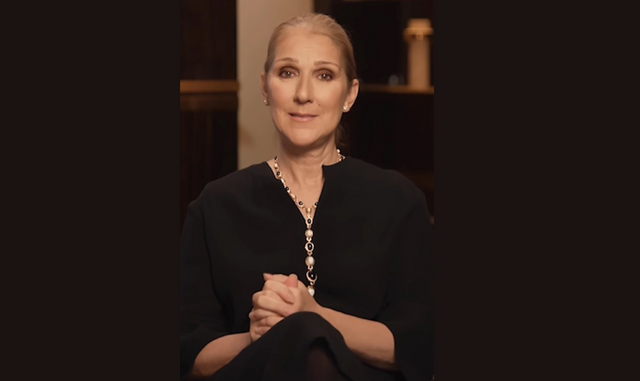 In an emotional video post on Instagram, the five-time Grammy Awards winner and two times Academy Awards winner Celine Dion spoke about her condition that has caused her difficulties in walking or using her vocal chords to sing.

“I’ve always been an open book and I wasn’t ready to say anything before, but I’m ready now,” the 54-year-old singer said. “I’ve been dealing with problems with my health for a long time, and it’s been really difficult for me to face these challenges â€¦ We now know [SPS] is what’s been causing all of the spasms that I’ve been having.”

“Unfortunately, the spasms affect every aspect of my daily life, sometimes causing difficulties when I walk and not allowing me to use my vocal cords to sing the way I’m used to,” Celine Dion continued. “I have a great team of doctors working alongside me to help me get better and my precious children who are supporting me and giving me hope. I’m working hard with my support medicine therapist every day to build back my strength and my ability to perform again, but I have to admit it’s been a struggle.”

Dion, who has five Grammy Awards and two Academy Awards, is the best-selling female artist of all time with hits like “I’m Alive” and “My Heart Will Go On.” Following the diagnosis of the rare neurological disorder, Celine Dion has rescheduled her “Courage” tour, which was to restart in February after several delays. Her spring 2023 shows have been moved to 2024 and her summer 2023 concerts have been canceled.

“I miss seeing all of you, being on the stage, performing for you. I always give 100% when I do my shows, but my condition is not allowing me to give you that right now,” she said.