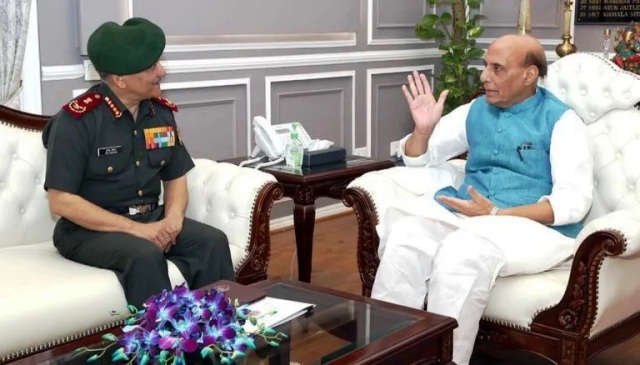 The post for CDS fell vacant after the country’s first CDS Gen Bipin Rawat died in a helicopter crash in Tamil Nadu in December last year.

Known as an expert on China, Chauhan’s appointment to the top post comes amid the lingering border row between Indian and Chinese troops in eastern Ladakh.

Earlier in the day, CDS Chauhan paid tribute to the brave hearts who sacrificed their lives for the country, by laying a wreath at the National War Memorial in Delhi.

While addressing the media after the wreath-laying ceremony at the National War Memorial, the newly appointed CDS said, “I am feeling very proud to take charge as Chief of Defence Staff (CDS). I will try to fulfil the expectations of the three defence forces as the Chief of Defence Staff. Whatever security-related challenges we are facing, we will try to overcome them together and jointly”.

General Chauhan will also be the Principal Military Advisor to the Raksha Mantri on all Tri-Service matters as well as head Department of Military Affairs as Secretary. He will also be Permanent Chairman, Chiefs of Staff Committee (COSC).