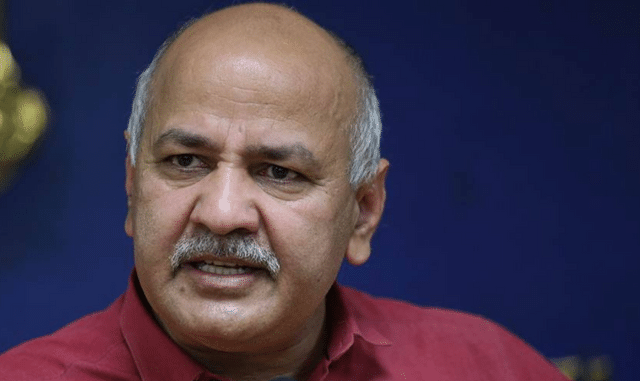 New Delhi: The Central Bureau of Investigation (CBI), in an FIR, has named 15 people including Delhi Deputy Chief Minister Manish Sisodia in connection with the alleged anomalies in the Delhi Excise Policy.

According to news agency ANI, apart from Sisodia, excise officials, liquor company executives, dealers, along with unknown public servants and private individuals have been named in the FIR by CBI.

The central probe agency raided the Delhi residence of Sisodia, that of IAS officer and former Delhi excise commissioner Arava Gopi Krishna and 19 other locations across seven states and Union Territories on Friday.

Taking to Twitter, Sisodia said, “I extend my welcome to the CBI. I will cooperate with the investigation so that the truth comes out at the earliest. Till now many cases have been filed against me but nothing has come out. Nothing will come out of it either. My work cannot be stopped for a good education in the country.”

Notably, Delhi Chief Minister Arvind Kejriwal also tweeted his support for Sisodia, saying that nothing will come of this raid and that similar incidents have occurred in the past.

Meanwhile, according to CBI, searches are being conducted today at 31 locations, including in Delhi, Gurugram, Chandigarh, Mumbai, Hyderabad, Lucknow, Bengaluru which, so far, have led to recovery of incriminating documents and articles, digital records, among others. Investigation on the matter is underway, the agency said.