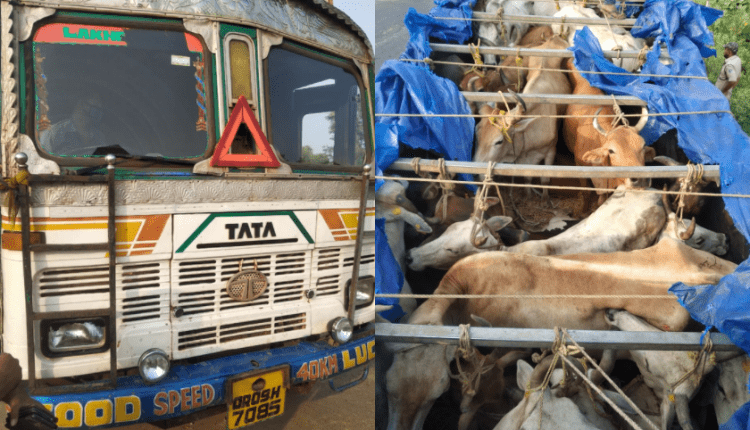 Balasore: Simulia police have seized a cattle laden truck on NH-16 at Managlpur in Balasore district on Saturday morning.

Acting on a tip-off, police intercepted the truck on NH-16. Upon searching, they found 29 cattle from the vehicle and resued them.

As per the preliminary investigation, it has been learned that the cattle were being transported to West Bengal. Later, the officials sent the rescued animal to the byre.

Railways To Run Special Train Between Puri And Rourkela