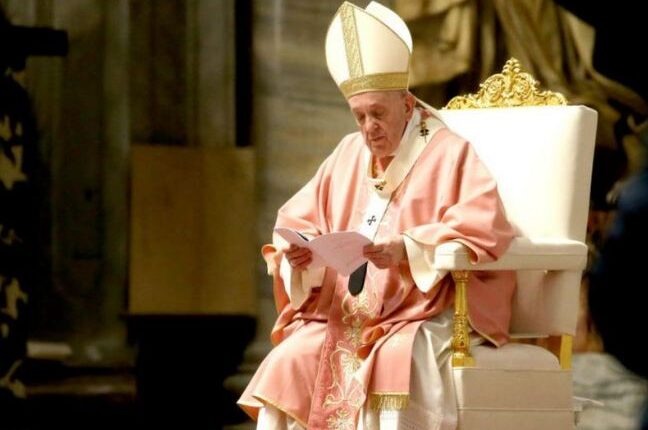 Vatican City: The Vatican has said that the Catholic Church does not have the power to bless same-sex unions despite their “positive elements”, saying it was impossible for God to “bless sin”.

Pope Francis has invited LGBT advocates to the Vatican. He has spoken warmly about the place of gay people in the church. He has called for national laws for same-sex civil unions.

But Monday, Francis definitively signaled the limits to his reformist intentions, signing off on a Vatican decree that reaffirms old church teaching and bars priests from blessing same-sex unions.

The powerful Vatican office responsible for defending church doctrine, The Congregation for the Doctrine of the Faith (CDF), issued a response to the question, “Does the Church have the power to give the blessing to unions of persons of the same sex?”

“Negative,” read the CDF’s response, signed by Cardinal Luis Ladaria, prefect of the doctrinal office that was first set up in 1542 to hear heresy cases.

Blessings are not allowed, wrote the CDF, because what is to be blessed needs to be “objectively and positively ordered to receive and express grace, according to the designs of God inscribed in creation, and fully revealed by Christ the Lord”.

In October, Pope Francis said in a documentary that he thought same-sex couples should be allowed to have “civil unions”.

In the Catholic Church, a blessing is given by a priest or other minister in the name of the Church.