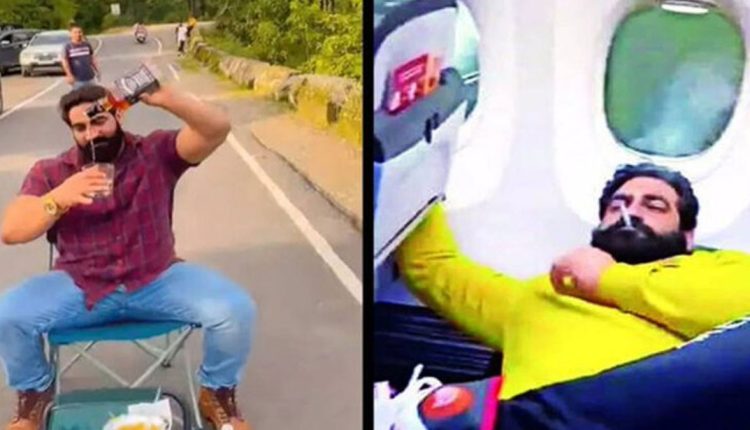 New Delhi: Uttarakhand Police will be arresting social media influencer Bobby Kataria as a case has been registered against the YouTuber for liquor stunt in state capital Dehradun.

According to reports, a non-bailable warrant has been issued against the social media influencer from the District Court.

The Uttarakhand Police had registered a case against Kataria after a video showing him consuming liquor on a busy Dehradun road went viral. The video, posted by Kataria on his Instagram handle on 28 July, triggered widespread anger from Twitter users.

In the video from Dehradun, Kataria – who has 6.3 lakh followers on Instagram – is seen sitting on a chair in the middle of a road and consuming liquor.

The video has been uploaded with background song “Road apne baap ki (the road belongs to my father).”

“It’s time to enjoy on the roads,” He had said in the caption.

Earlier, the YouTuber kicked up a controversy for smoking inside a SpiceJet plane. The domestic carrier had said that it had investigated the incident in January and Kataria was put on a no-flying list the next month for 15 days.

The social media influencer, however, had justified saying. “The video in which I was seen smoking is not a normal aeroplane, it was a dummy plane and that was a part of my shooting in Dubai. Taking lighter inside the plane is not allowed.”

The video was said to be shot on January 20 “while passengers were boarding flight SG 706 scheduled to operate from Dubai to Delhi,” according to an airline spokesperson. A police complaint in this regard was filed in Delhi too.