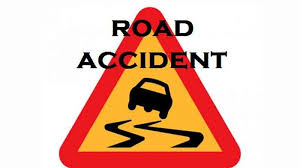 Car Falls Off Bridge In Balasore; One Killed, 3 Injured

Balasore: One person of a marriage party was killed while three others were injured after the car they were travelling in fell off a bridge at Pitakalia along Soro-Kupari road in Balasore district.

According to sources, the mishap occurred on Monday while the marriage party was returning from a marriage in Jajpur to Aghirapada village under Oupada block of Balasore district when a motorcyclist came in front of the vehicle on the Pitakalia bridge.

However, while attempting to save the motorcyclist, the car driver lost control over the steering following which the vehicle fell off the bridge. While one passenger died on the spot, others were rescued and admitted to Soro Hospital.