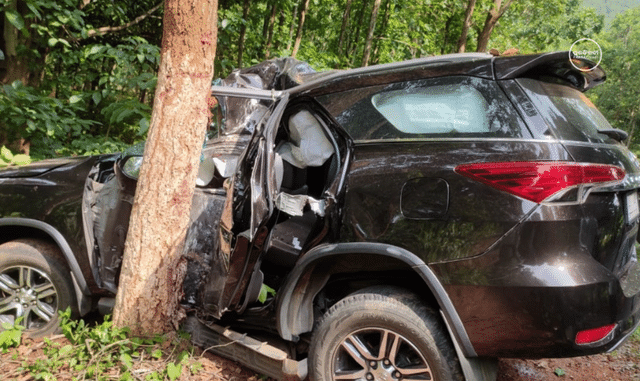 Phulbani: One person died while four others were seriously injured after the car they were travelling in dashed into a roadside tree at Barapolia under Khajuripada police station limits on the Phulbani-Bhubaneswar road on Tuesday afternoon.

Reportedly, the fire service personnel rescued the injured persons and admitted them to the nearby hospital.

Sources said five persons from Dasapalla area were en route to Phulbani when the car (OD02-AZ7011) lost control and crashed into a roadside tree. The identities of the deceased and the injured victims are yet to be ascertained.

On intimation, Khajuripada police registered a case, impounded the mangled car from the accident spot and started a probe to ascertain the reason behind the crash.