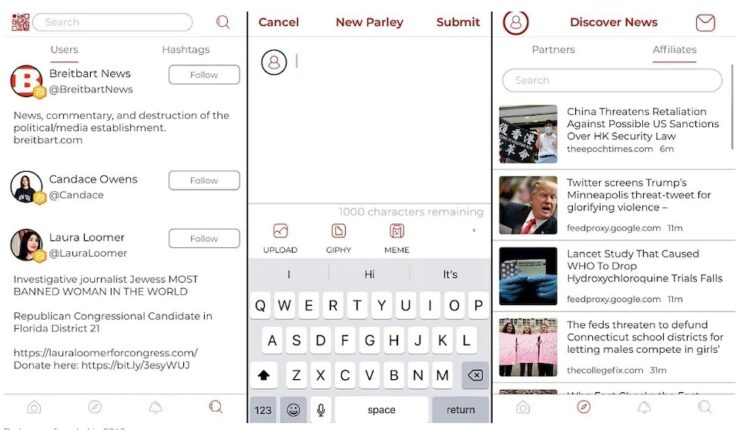 New York: Google Play Store has pulled the plug on hosting the Parler app, while Apple has given the app, the social network favoured by conservatives and extremists, an ultimatum to implement a full moderation plan of its platform within the next 24 hours or face expulsion from the App store.

For those unaware, Parler is a Twitter-like social media network that is popular among the right-wing in the U.S. The service bills itself on being uncensored and has attracted millions of followers as mainstream social media sites like Twitter and Facebook clamped down on users. In the wake of the January 6th riot, Parler has been scrutinized for hosting user-generated content that Google and Apple have deemed to be in violation of their respective platform’s rules.

“In order to protect user safety on Google Play, our longstanding policies require that apps displaying user-generated content have moderation policies and enforcement that removes egregious content like posts that incite violence. All developers agree to these terms and we have reminded Parler of this clear policy in recent months.

We’re aware of continued posting in the Parler app that seeks to incite ongoing violence in the U.S. We recognize that there can be reasonable debate about content policies and that it can be difficult for apps to immediately remove all violative content, but for us to distribute an app through Google Play, we do require that apps implement robust moderation for egregious content. In light of this ongoing and urgent public safety threat, we are suspending the app’s listings from the Play Store until it addresses these issues.” – Google spokesperson

“We have received numerous complaints regarding objectionable content in your Parler service, accusations that the Parler app was used to plan, coordinate, and facilitate the illegal activities in Washington D.C. on January 6, 2021 that led (among other things) to loss of life, numerous injuries, and the destruction of property,” Apple wrote to Parler. “The app also appears to continue to be used to plan and facilitate yet further illegal and dangerous activities.”

Apple said that “to ensure there is no interruption of the availability of your app on the App Store,” Parler was required to submit an update and a “requested moderation improvement plan within 24 hours of the date of the message,” which was sent on Friday morning.

Violence erupted in the normally solemn home of the US legislature after hundreds of protesters seeking to overturn Trump’s election loss swarmed the building in Washington.