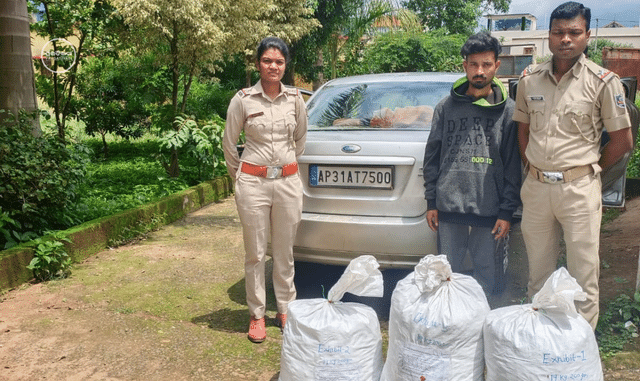 Semiliguda: Semiliguda police seized 57 kg of cannabis from a sedan car and arrested one person involved in smuggling the contraband in Koraput district.

According to police sources, during a routine patrol on Saturday, SI Harapriya Sabar along with other personnel intercepted a suspicious car near Kutugaon chhak in Semiliguda block and recovered cannabis stashed in three gunny bags.

The police have arrested Rinku Chowdhury of Malimarla village, seized the car used in smuggling ganja and two mobile phones from the accused.

Journos Can No Longer Enter Schools Premises Without Permission