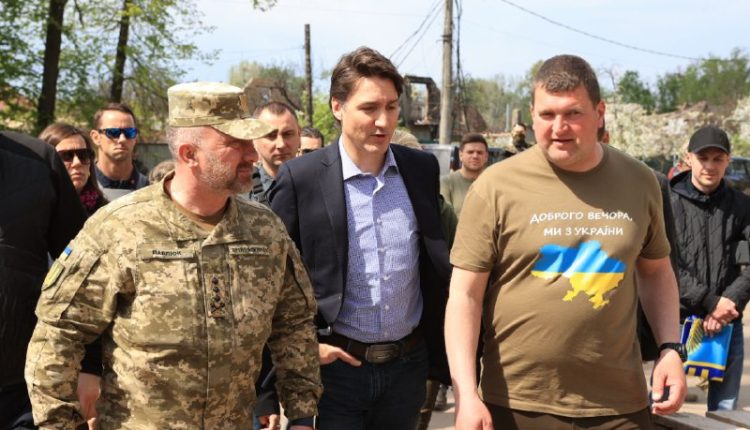 Kyiv: Canadian Prime Minister Justin Trudeau on Sunday visited Irpin outside the capital of Ukraine amid the Russian invasion.

Irpin Mayor Oleksandr Markushyn posted pictures on an official social media channel with pictures of Trudeau writing that the Canadian prime minister “came to Irpin to see with his own eyes all the horror that the Russian occupiers had done to our city.”

Trudeau’s office confirmed the visit saying that “The prime minister is in Ukraine to meet with President Zelensky and reaffirm Canada’s unwavering support for the Ukrainian people.”

Trudeau’s visit comes at a time when US first lady Jill Biden is also on a visit to the war-torn country. Jill visited the western Ukrainian city of Uzhhorod.

“The motorcade drove through Uzhhorod and arrived at a public school here called School 6. The school is now being used as temporary housing and shelter for 163 displaced Ukrainians, including 47 children,” the press pool said.