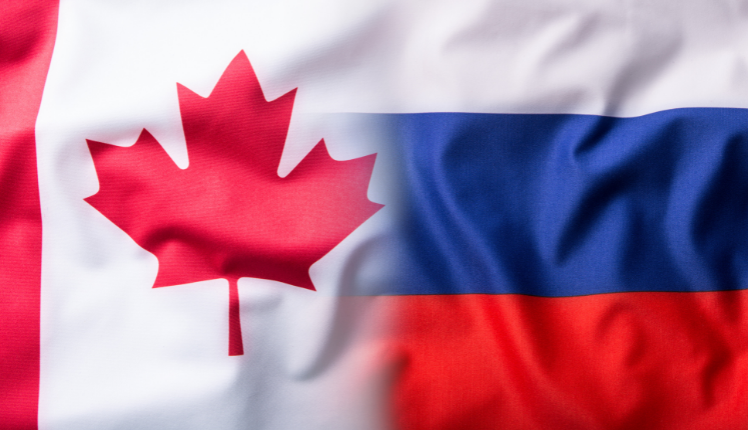 Ottawa: Canada has imposed new Russia sanctions on 14 individuals and banned exports and imports of luxury goods from and to Moscow

The Canadian government said on Friday that the restrictions also concern trade in luxury goods.

“These new measures impose restrictions on 14 individuals including Russian oligarchs, their family members, and close associates of the Putin regime. These individuals have directly enabled Vladimir Putin’s senseless war in Ukraine and bear responsibility for the pain and suffering of the people of Ukraine,” the statement cited by Sputnik News Agency.

“As of today, the Government of Canada is banning the export of targeted luxury goods to Russia, including alcoholic beverages, tobacco, some textile products and sportswear, footwear, luxury clothing and accessories, jewellery, kitchenware, and art. Canada is also banning the importation of targeted luxury goods from Russia, including alcoholic beverages, seafood, fish and non-industrial diamonds. Together, these categories represented $75.7 million worth of goods in 2021,” it said.

On May 18, Russia closed the office of the Canadian Broadcasting Corporation (CBC) and cancelled the accreditations and visas of journalists. Russian Foreign Ministry spokeswoman Maria Zakharova informed the development at a press briefing.

Russia launched its “special military operation” in Ukraine in the last week of February. Since then, several western countries have backed Kyiv in the ongoing war and imposed several sanctions on Russia.

PM Modi To Embark On Two-Day Visit To Germany Tomorrow…