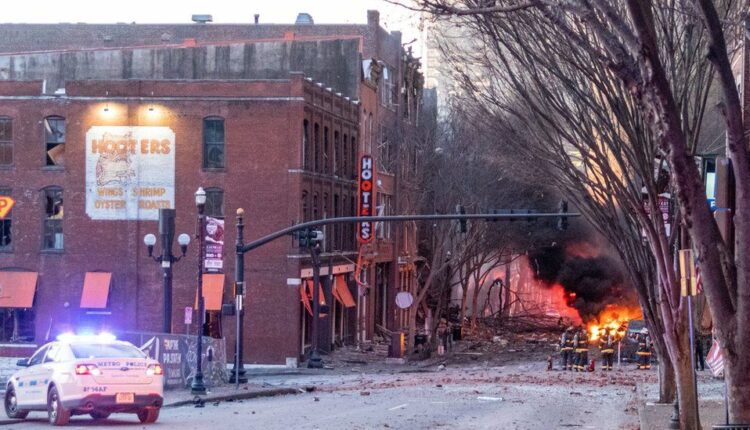 Nashville: A parked camper van exploded in the US city of Nashville, Tennessee, early on Christmas morning, injuring three persons here. The blast came just moments after officers responded to reports of gunfire in the area and discovered the recreational vehicle parked outside an AT&T office tower in downtown Nashville at about 6am local time (12:00 GMT).

The blast also damaged several buildings and caused widespread communications outages that took down police emergency systems and grounded holiday travel at the Nashville airport.
Police called the blast an “intentional act” and said investigators had found possible human remains near the site.