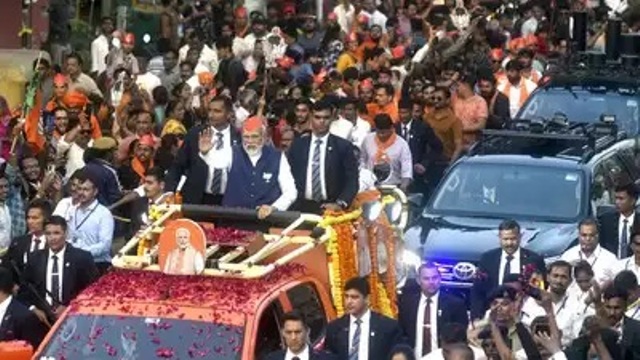 Ahmedabad:  The high-voltage campaigning for the second phase of elections in 93 out of the total 182 seats in Gujarat will end on Saturday evening with candidates and political parties making the last ditch efforts to woo voters.

The first phase of voting for 89 seats in Saurashtra, Kutch and south Gujarat was held on December 1, while elections for the second phase will be conducted on December 5. An average voter turnout of 63.31 per cent was recorded in the first phase.

In the second phase, voting will be held for the remaining 93 seats, for which 833 candidates of nearly 60 political parties, including the ruling Bharatiya Janata Party (BJP), opposition Congress and the Arvind Kejriwal-led Aam Aadmi Party (AAP), and independents are in the fray.

The 93 assembly segments that are part of the second phase of polling are spread across 14 districts of north and central Gujarat, including Ahmedabad, Vadodara and Gandhinagar.

Some of the important constituencies that would go to the polls in the second phase include Ghatlodia seat of Chief Minister Bhupendra Patel, Viramgam seat where Patidar leader Hardik Patel is fighting on BJP ticket and Gandhinagar South from where Alpesh Thakor is fighting as BJP candidate.