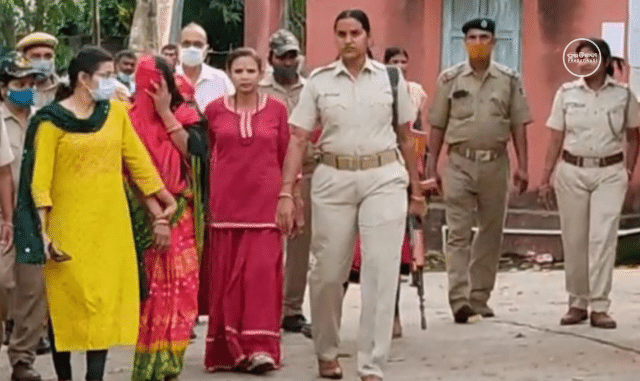 Bhadrak: The Chandbali JMFC Court on Sunday allowed the Crime Branch to take prime accused Sarmistha and her associate Jhuna on a three-day remand period for further probe into the murder case of cameraman Manas Swain.

The court, on the other hand, rejected the bail plea of two other accused— former OIS officer Niranjan Sethi and Ranjan Nayak and sent them to judicial custody.

Amid tight security, the cops brought the four accused to the court at 2.30 pm. The investigating agency prayed before the court to take all the four arrested accused again on a five-day remand.

However, the court allowed only a 3-day remand of prime accused Sarmistha and her associate Jhuna while sending the other two accused to judicial custody after turning down their bail plea. Both, Sarmistha and Jhuna will be again produced before the court by 1 pm of 7th April.

Two Arrested For Assaulting Pattamundai Tehsildar In His Office Chamber

Another 37 COVID-19 patients recover in Odisha