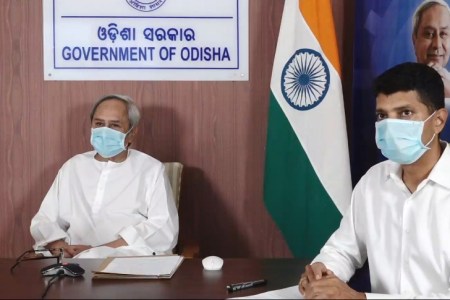 As many as 20 entrepreneurs have signed the agreement. These programmes were done through video conferencing on Thursday.

The Chief Minister said, “Such a facility for the fish farmers will help them to boost the production to over 1.24 tonnes per year. The state government has already provided Rs 50 lakh as financial assistance to the farmers and the thrust will be the involvement of young entrepreneurs.”

Patnaik said the package during Covid pandemic was Rs 173 crore and added that the growth rate of the fishing sector was 19 per cent. He said over 44,000 farmers have been benefited through this package.

These online applications will provide a number of very useful services to fishers and farmers including registration of fishing boats and licenses, registration of brackish water farms and avail subsidy for setting up of new livestock and fishery units.

The State Government, under its 5T commitment, has brought out a new policy during March 2020, to promote cage culture fishery in large and medium reservoirs. This will be helpful for promoting entrepreneurship and create employment opportunities.

The royalty generated from the lease of the reservoirs will immensely benefit the Primary Fishery Cooperative Societies also.

The Chief Minister called upon the farmers and youth of the Odisha to come forward for contributing their bit to boost the economy.

Minister of Fisheries and Animal Husbandry Arun Sahu said the state has been witnessing rapid strides in the sector due to the able the leadership of Chief Minister.