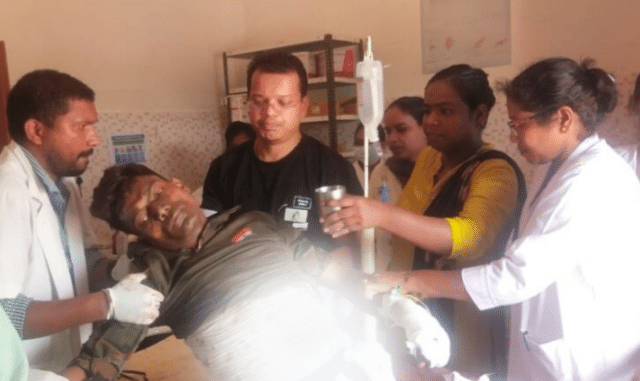 CAF constable injured in IED blast by Naxals in Bijapur

Chhattisgarh: A jawan of the Chhattisgarh Armed Force (CAF) was injured when a pressure improvised explosive device (IED), planted by Naxals, exploded in Bijapur district of Chhattisgarh on Saturday, police said.

The incident occurred around 11 am near Pandemurga village under Nelasnar police station limits, where a road opening party (ROP) of the CAF’s 8th battalion was out for patrolling, Inspector General of Police (Bastar range) Sundarraj P said.

When the patrolling team, that had launched the operation from Nelasnar camp, was cordoning off the route ahead of Pandemurga, constable Ramnath Maurya stepped on the pressure IED connection, triggering the blast, he said.

As per latest reports, the injured jawan was airlifted in a helicopter to Nelesnar hospital and later shifted to Dantewada.