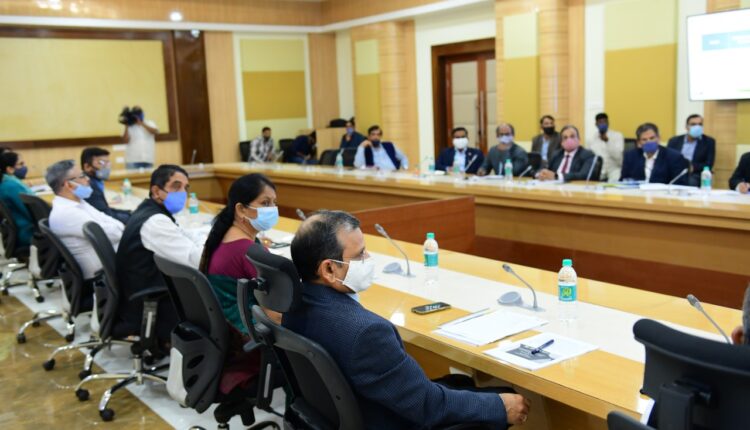 Bhubaneswar: Cabinet Committee Investment (CCI) Project Monitoring Group led by Sri Guruprasad Mohapatra, Secretary Department for Promotion of Industry and Internal Trade (DPIIT), Government of India have applauded Odisha as a “performing State” in many programmes including CCI projects. He said, “This committee helps both the project proponents and the people through expeditious implementation of the projects. The interstate issues relating to the projects are also resolved in meetings of this committee”.

Chairing the meeting held in Lokseba Bhawan convention hall today, Chief Secretary Sri Suresh Chandra Mohapatra said, “this joint exercise has been very fruitful and there has been substantial progress in implementation of the projects. Sri Mohapatra further added, “The ground level problems faced in one sector differs from the other. The progress and problems of each individual project are discussed and resolved through joint effort”. Sri Mohapatra directed the project proponents and the implanting departments to keep pace with time lines set against different phases of the projects.

Development Commissioner Sri Pradeep Kumar Jena, Additional Chief Secretary Forest and Environment Dr Mona Sharma along with Principal Secretaries, Secretaries, senior officers from concerned departments and project proponents participated in the discussion. Principal Secretary Industry Sri Hemant Sharma outlined the project wise issues and updates for deliberation. The meeting was connected with PMG office and concerned districts through VC from where officers from PMG and Collectors from the districts participated.