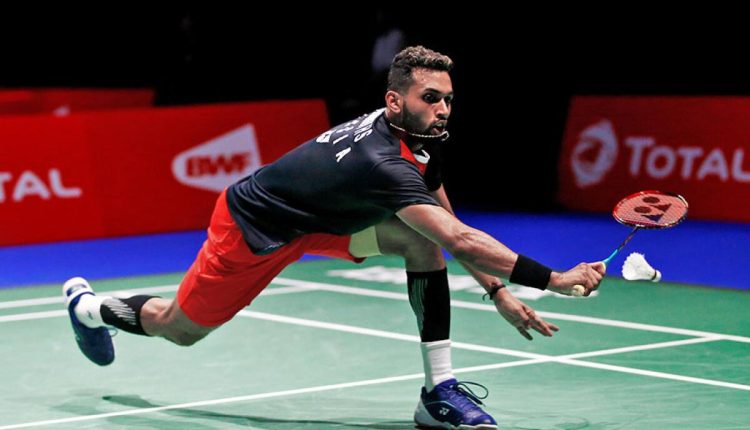 HS Prannoy will be the sole competitor from India at the year-ending BWF World Tour Finals 2022, starting on December 7 in Bangkok, Thailand.

The World No. 12 HS Prannoy, playing in his first BWF World Finals, has been clubbed in Group A of the men’s singles along with Olympic champion Viktor Axelsen of Denmark, Japan’s Kodai Naraoka and China’s Lu Guang Zu.

World No. 3 Loh Kean Yew of Singapore, Chou Tien Chen of Chinese Taipei (No. 4) and Jonathan Christie (No. 5) of Indonesia are in Group B.

The top two players from each group, played in a single round-robin format, will advance to the semi-finals. Watch live streaming of BWF World Tour Finals in India.

Seeded third, HS Prannoy has had some strong results this year, which helped him regain his position in the top 15 of the badminton world rankings almost after four years.

HS Prannoy helped the Indian badminton team clinch its first Thomas Cup crown in May, finished runner-up at the Swiss Open Super 300 and reached the semi-finals of the Indonesia Open Super 1000 and Malaysia Masters Super 500 events.

Shuttlers qualify for BWF World Tour Finals by earning points based on their performances in BWF World Tour events in a calendar year. The top eight shuttlers and pairs compete in the year-ending tournament.

Kidambi Srikanth and Lakshya Sen were ranked 10th and 11th, respectively, in the World Tour rankings at the cut-off date.

Olympic medallist PV Sindhu, although in the top eight of the women’s singles, pulled out due to a stress fracture in her ankle.

PV Sindhu is the only Indian shuttler to win the BWF World Tour Finals in 2018.

The BWF World Tour Finals 2022 will be telecast live on the Sports18 TV channel in India.

Live streaming of the BWF World Tour Finals 2022 badminton tournament will be available on the Voot and Jio Cinema apps.