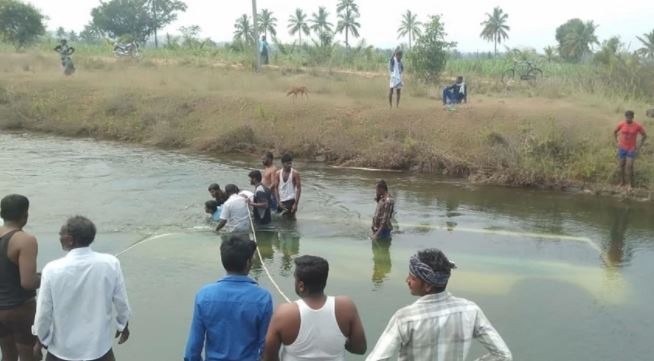 Bus With 54 Onboard Falls Into Canal In Madhya Pradesh; Rescue Op On

Bhopal: Many passengers are feared drowned after a bus fell off a bridge into a canal near Patna village in Madhya Pradesh’s Sidhi district on Tuesday morning.

According to reports, the incident occurred when the bus was on its way to Satna from Sidhi.

Sources said that at least 54 passengers were travelling in the bus at the time of the incident which occurred around 8:30 AM.

While seven people have been rescued so far, search operation for the rest is underway.