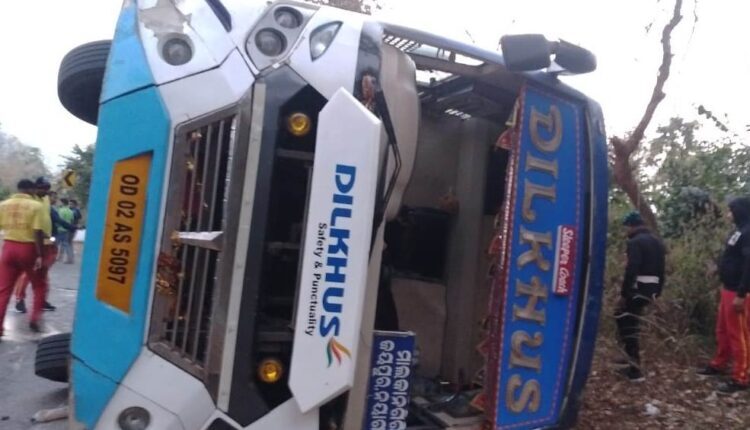 Kalahandi: As many as two persons were critically injured while several others sustained injuries as the bus they were travelling in overturned at Amapani ghat in Kalahandi district.

According to reports, the incident occurred when the private bus carrying around 40 passengers was en-route to Malkangiri from Bhubaneswar. Meanwhile, it met with the accident and overturned at Amapani ghat in the district. Following the mishap, two persons sustained critical injuries.

On being informed about the mishap, Fire Services personnel reached the spot and rescued the critically injured to a hospital.

The victims have been identified as Surjya Barik, helper of the vehicle, and Sudeep Mohanty, a passenger.