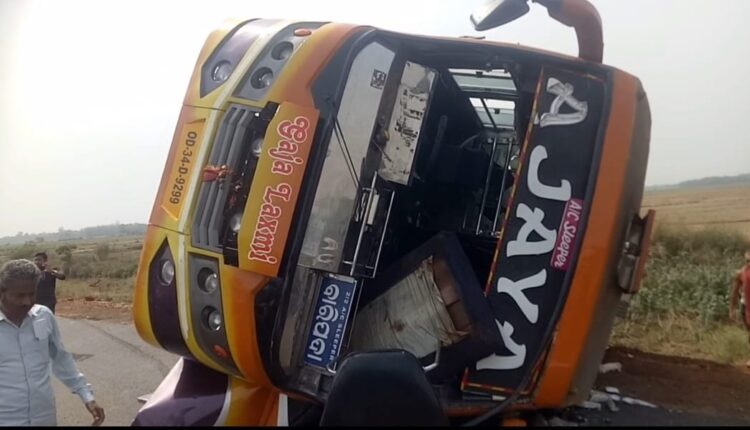 Bhadrak: At least 10 passengers were injured after a private bus en route to Baripada from Bhubaneswar overturned on Thursday afternoon.

Reportedly, the injured persons were rushed to Bhandaripokhari Hospital. Later, three of them were shifted to SCB Medical College & Hospital in Cuttack due to critical health conditions.

The accident took place near the Bhandaripokahri on the National Highway 16 near the Assam oil depot.

As many as 60 passengers were on board when the bus named ‘Ajay & Ajay’ turned turtle on the road after the driver lost control over the wheels.