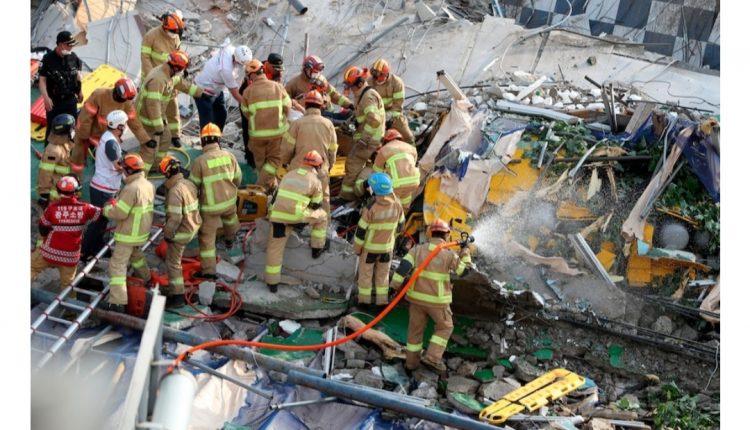 Gwangju: At least nine people were killed and eight were injured when a five-story building collapsed suddenly on Wednesday while it was in the midst of a demolition process and fell on to a busy street in South Korea, officials at a local fire station said.

The building collapsed as it was being demolished in Gwangju, some 270 kilometres south-west of capital Seoul, officials at the Gwangju Fire and Safety Headquarters said.

The reason for the collapse was unclear, according to the fire station.

Dramatic television footage showed the bus, which had 17 people on board, being buried in debris and smothered by a huge cloud of dust as the structure gave way.

Coimbatore Blast: Three More Held For Being Part Of…