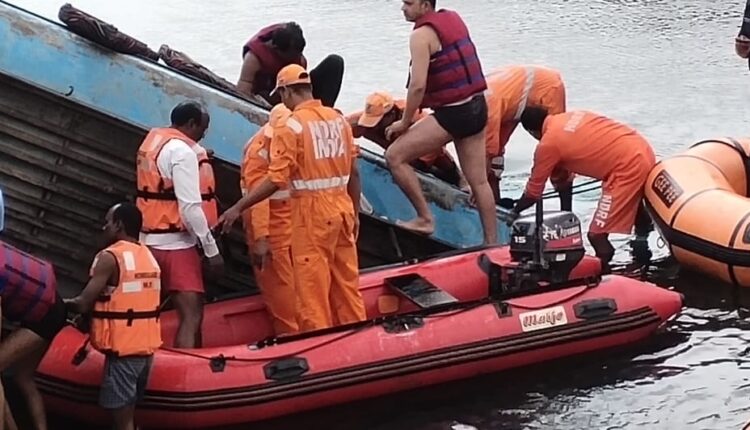 Sidhi: As many as 39 bodies have been recovered from the Sidhi bus accident site, said Ravindra Kumar Choudhary, District Collector, on Tuesday.

More than 50 passengers were on board the bus when the driver lost control of the vehicle at around 7:30 AM.

A team of the State Disaster Response Force (SDRF), along with other officials concerned, began the rescue operations in the morning, which spanned for more than five hours. Doctors and ambulances were also rushed to the site.

“Bus accident in MP’s Sidhi is horrific. Condolences to the bereaved families. The local administration is actively involved in rescue and relief work,” Prime Minister Narendra Modi’s office had tweeted earlier; the centre announced a relief of Rs 2 lakh for the families of those who’ve died.

Bus accident in MP’s Sidhi is horrific. Condolences to the bereaved families. The local administration is actively involved in rescue and relief work: PM @narendramodi

PM @narendramodi has approved an ex-gratia of Rs. 2 lakh each from Prime Minister’s National Relief Fund for the next of kin of those who have lost their lives due to the bus accident in Sidhi, Madhya Pradesh. Rs. 50,000 would be given to those seriously injured.

Badrinath Temple To Reopen From May 18