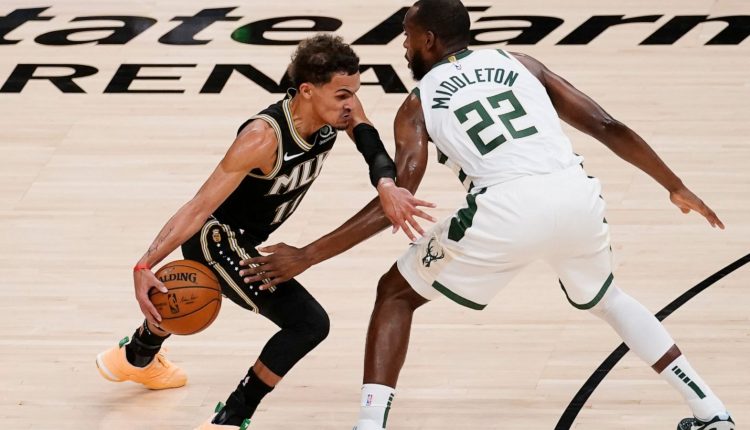 Atlanta: Milwaukee Bucks has entered into the NBA Finals for the first time since 1974 after they defeated Atlanta Hawks.

Khris Middleton scored 32 points, including a run of 16 straight in a decisive third quarter that carried the Bucks to a 118-107 victory over the upstart Atlanta Hawks in Game Six of the Eastern Conference finals on Saturday night.

Milwaukee won the series 4-2, advancing to face the Suns in the NBA Finals.

The @Bucks lift the #NBAECF presented by AT&T trophy and will face the Suns in the #NBAFinals presented by YouTube TV! #ThatsGame