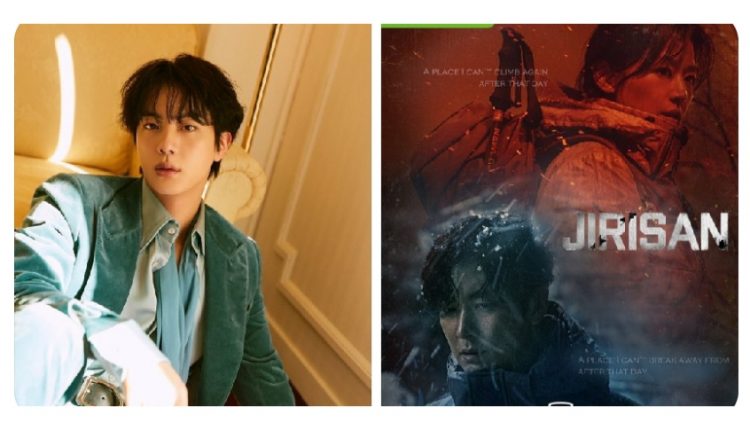 On October 1, Acetory, a production company and OST producer of tvN Jirisan, shared the good news to public by saying, “The Jirisan OST sang by BTS Jin will be available in the middle of the drama and it is one of the main theme song of Jirisan. We will announce the release date of the OSTs separately.”

According to an official release from tvN, Jin will be singing the main OST for Jirisan, which is one of the most anticipated K-Dramas of 2021 and stars Ju Ji Hoon and Jun Ji Hyun.

This is not the first time that BTS Jin lent his magnificent voice for a drama OST.

In 2017, the Dynamite singer collaborated with his co-member and actor Kim Tae Hyung to sing the Hwarang OST Even If I Die, It’s You.

Jirisan is a large-scale K-Drama fit to celebrate tvN’s 15th anniversary, and stars Ju Ji Hoon and Jun Ji Hyun. It will air its first episode on October 23, 9pm KST.