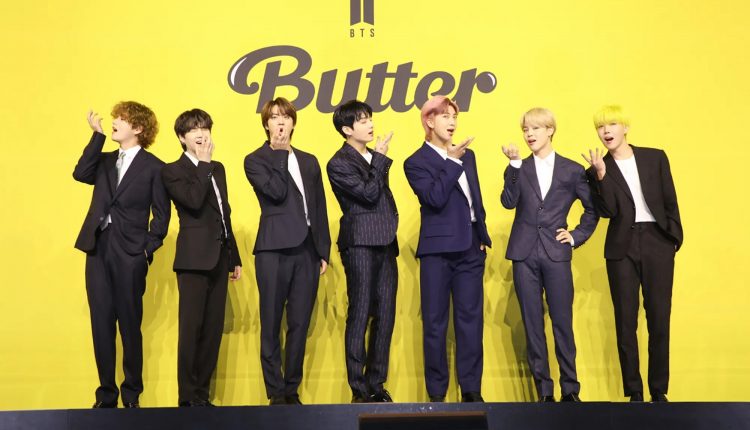 Seoul: Globally-loved boy band BTS’s “Butter” bagged the No. 1 on the Billboard Hot 100 songs chart for the 9th week. It now boasts the longest command of 2021 outright, passing the eight-week reign of Olivia Rodrigo’s “Drivers License” in January-March.

Both “Butter” and “Permission to Dance” are currently present inside the top 10 on the all-encompassing songs ranking, with the former returning to the summit after stepping aside to allow the latter title to open in first place last period.

As the septet makes history by replacing themselves atop the Hot 100 two weeks in a row (something that had never happened before this frame), one of their biggest hits yet reaches a special milestone worth noting on a very competitive radio list.

“Butter” has now spent a milestone 10 weeks on the Pop Airplay chart, which remains a rare showing among tunes produced by acts that hail from South Korea.

The record for the most weeks spent on the Pop Airplay chart among songs by South Korean artists remains BTS’s “Dynamite,” which narrowly broke the all-time best showing when it earned its twentieth turn on the tally. In doing so, it bested Psy’s “Gangnam Style,” which managed 19 weeks on he ranking during its time in the sun.

China: Wuhan To Test All Residents As COVID-19 Returns