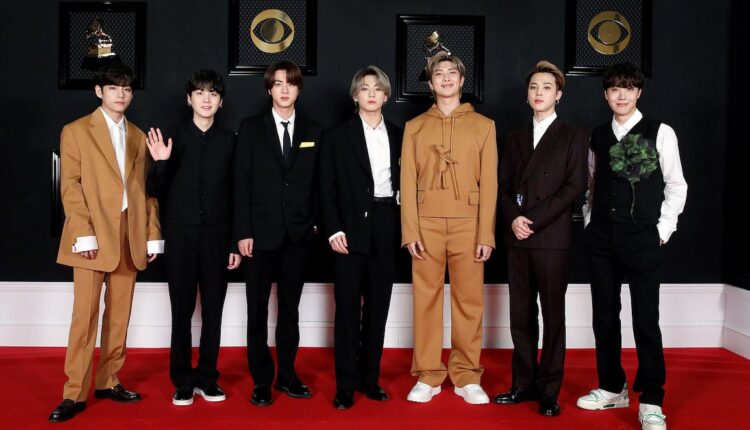 Seoul: Globally-loved boy band BTS will be gracing the stage of the Louis Vuitton Show in Seoul this week.

Popular South Korean septet announced on their social media that they will be participating in the upcoming Louis Vuitton Fall/Winter show in Seoul on July 7. The announcement was posted alongside a short video featuring the seven musicians in the luxury brand’s slick suits.

We are excited to be part of the upcoming #LouisVuitton show in Seoul!
💜 this tweet to set a reminder to watch on July 7th at 7pm (KST).
#BTS #방탄소년단 #LVMenFW21 pic.twitter.com/mZggkzaG0o

The Louis Vuitton show marks the band’s runway debut ahead of BTS’ new release, ‘Permission to Dance’. The new track, penned by singer-songwriter Ed Sheeran, is set to hit the radio waves on July 9.

The show will be live-streamed on July 7th at 7 p.m. KST through the video below:

The band has been enjoying a steady popularity with their record-breaking single, ‘Butter’, which has remained at the top of Billboard Hot 100 for fifth consecutive week now. The song is their fourth chart-topping single till date. The group has also broken the record for a song remaining on the Billboard chart for such a long time.