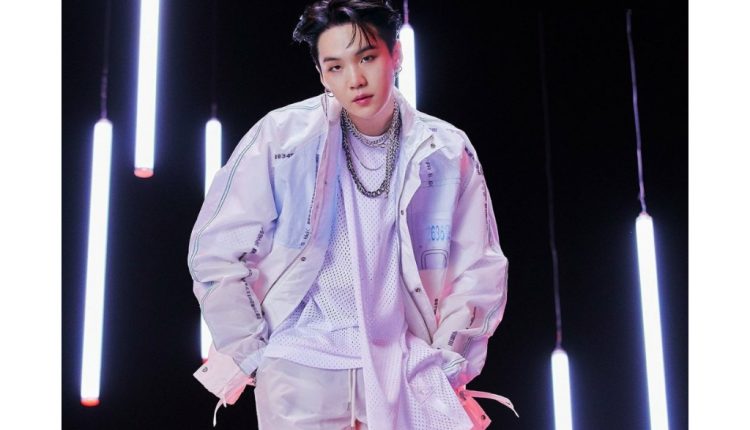 Seoul: BTS member Suga revealed that he chose Trivia: Seesaw and BTS Cypher PT.3: Killer for their upcoming album Proof. Taking to Twitter, BTS’ agency Big Hit Music posted a clip in which Suga spoke about his ‘Proof of Inspiration’. He spoke about his and BTS’ ‘musical spectrum’. The group comprises RM, Jin, Suga, J-Hope, Jimin, V and Jungkook.

On Saturday, via a video shared by BigHit Music, Min Yoongi confirmed that he picked the songs Trivia: Seesaw and Cypher PT.3: Killer (Feat. Supreme Boi). He noted that the two songs that were poles apart from each other with regard to energy and theme. However, he added that songs like these push him to expand his musical spectrum.

“I picked two songs in completely contrasting styles. They’re ‘Trivia: Seesaw’, which is relatively calm and BTS Cypher PT.3: Killer (Feat. Supreme Boi) which is more powerful and full of energy. I wonder what sort of songs I can come up with ranging between these polar opposite songs. It’s fun and meaningful to come up with ideas for expanding my musical spectrum,” he said.

“I think that always challenging myself with no limits in the musical spectrum is who I am and who BTS is. I guess my music and BTS’ music that are the products of these thoughts and ideas are our Proof,” Suga added.

Although the explanation helped fans get an insight behind his choice, a number of fans spotted never-before-seen pictures of the members standing on a stage with microphones in their hands. The new pictures show the members singing together in a deserted location. The pictures have paved the way for speculations that the pictures could be a glimpse of a music video for their new track Yet To Come, from their upcoming album Proof.

have we seen these locations before? 😅 pic.twitter.com/vAGUu0oW6t

UP Road Accident: PM Modi Announces Ex-gratia Of Rs 2 L Each For Next Of Kin