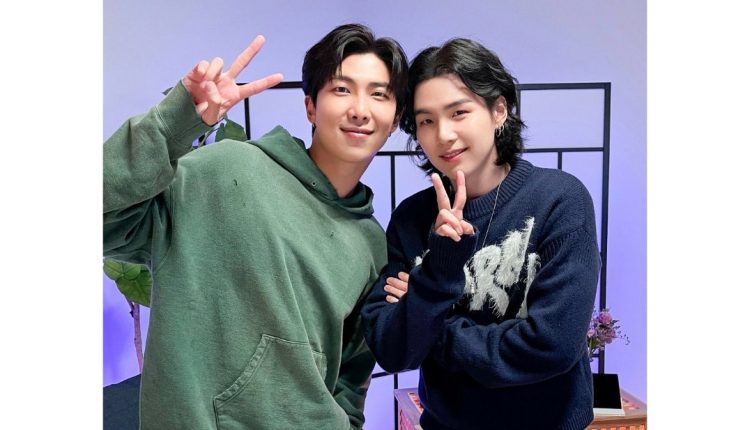 RM recently debuted as a solo artist with his first album ‘Indigo,’ which exceeded 500,000 album sales in just one day of sales. With RM’s first solo album release and SUGA’s first talk show, this episode of ”SuChwiTa (Time to Drink with SUGA)’ was as meaningful as it gets.

The two BTS members were able to comfortably talk with each other about various topics while sharing RM’s favorite alcohol. RM revealed that he was able to understand the taste of whiskey, thanks to SUGA.

RM explained there are 10 songs in his album, and SUGA congratulated RM, saying, “We have to give him a round of applause. You have 200 songs listed in the Korean Music Copyright Association.” SUGA then went on to ask RM how he feels about his first solo album release.

RM shared, “First, to be honest, I feel a little strange. Basically, what this is, you and I have been in this field for about the same time, considering we started music around the same time. It’s been exactly 15 years. And yet, in a sense, this is my first album (as a solo).” RM continued, “So after 15 long years, I finally have a result to prove to myself, in the form of an album.”

He elaborated, “To be honest, in my ‘mono.’ album, I had doubts and concerns for about half of the songs in there. but I don’ think that’s going to be the case for this album.”