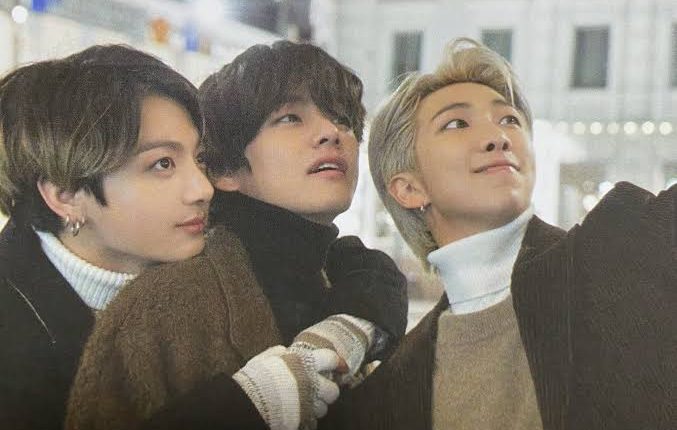 RM wrote a lengthy letter describing the situation, and expressed that facts need to be taken as they are, without being blown out of proportion or misrepresented.

RM wrote, “After the broadcast [of the Dinner Party], I got the biggest amount of messages/calls so far since our debut. On seeing the screenshots and article titles sent, “announcement”, “disbandment”, or “halt on activities”…there were a lot of provoking and fragmented/incomplete keywords.”

BTS’ leader went on to express that the video was dedicated solely to the group’s fans, who were joining them in celebration of nine years of their debut, and wrote about the special bond between BTS and ARMYs, writing, “…since we’ve been sharing an exceptional period together for nearly 10 years without stopping, there’s definitely a special thing between Bangtan [BTS] and ARMY.”

RM also wrote about the group’s most recent title track from their anthology album ‘Proof’, writing, “As those of you who watched the video may know, the title of the song ‘Yet To Come’ precisely implies what we wanted to share, that this moment is not the end.” He also expressed his confidence that ARMYs would understand what the group had been trying to say through the video, sharing, “I believe and have no doubts that our ARMYs who know us will understand what we were trying to say.”

Towards the end, RM wrote, “As the person who shared the most [in the video], I wanted to give a brief summary. I want to thank everyone who watched the video and shared your positive support, love and energy, whether from close by or far away. Whether as a team, or as an individual, I will work hard to show you a good side of myself. Thank you.”

Jungkook had greeted fans through a live broadcast via VLive, where he too, cleared up the rumours. Jungkook said, “I woke today and saw that there was a mess, about Bangtan [BTS] going on a hiatus or suspending activities, or disbanding. So I thought there were things to set straight, and came here [on the live].” With a smile, Jungkook went on to reassure fans that BTS were simply going to be doing solo activities as well, not going on hiatus or disbanding. He stressed that “BTS is forever”, and reiterated that the members have a lot to do together as a group, while asking fans not to worry.

BTS’ V had also reassured fans by writing on Weverse, “Now, as this is the start of our healthy footsteps so that we can remain as Bangtan [BTS] for a long time, I trust that ARMYs will really like this side of us as well.”

On June 14, BTS wrapped up their ninth debut anniversary celebration, 2022 BTS FESTA, by sharing a video which saw them opening up about the direction that they will be embarking on, their worries, and their solo activities.