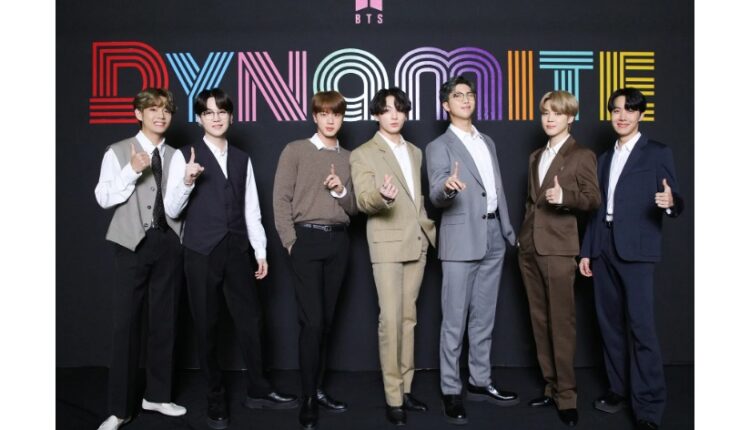 Seoul: Record-breaking septet group BTS has, once again, created history after being for a GRAMMY Award for their track, ‘Dynamite’, under the ‘Best Pop Duo/Group Performance’ category.

The boy band’s latest hit single, Dynamite, will compete with releases by Justin Bieber and three other nominees in the best pop duo/group performance category when the US music awards are announced at an online ceremony on Tuesday.

BTS’s seven members RM, Jin, Suga, J-Hope, Jimin, V, and Jungkook appeared as presenters at last year’s Grammys and have made no secret of their desire to win one of the coveted awards.

The band thanked their legions of fans around the world – known as “Army”.

“Thank you to everyone who listened to our music and empathised with it in difficult times,” they said in a Korean-language tweet. “Above all, it is you ARMY that made the miracle of (us becoming) a Grammy-nominated artist. Thank you and love you always.”

The group added in English: “Thank you Recording Academy for this great honour.