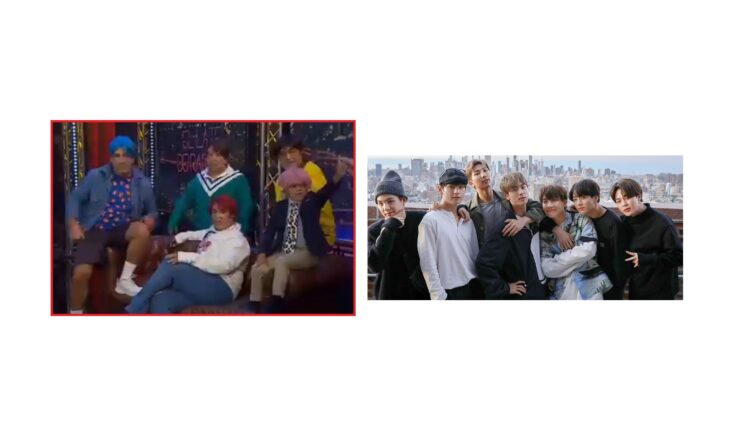 Seoul: A parody on Chilean television of the Korean boy band BTS prompted an international backlash over the weekend, illustrating the power of the group’s many fans and a heightened sensitivity around the world to racist, particularly anti-Asian, speech.

In a short sketch on the show “Mi Barrio,” which aired Saturday on the Mega Channel in Chile, comedians satirized the South Korean supergroup, mocking the Korean language and associating the band’s members with the North Korean dictator, Kim Jong-un.

Asked to introduce themselves, the actors portraying the band’s members gave their names as “Kim Jong-Uno,” “Kim Jong-Dos,” “Kim Jong-Tres,” “Kim Jong-Cuatro” and “Juan Carlos.” Asked to say something in Korean, one comedian spoke in accented gibberish.

Fans of BTS quickly came to the band’s defense and linked the jokes to wider issues of anti-Asian racism and xenophobia that have flared since the coronavirus surfaced last year in China.

At a time of increased anti-Asian rhetoric and violence across the internet and around the world, “Mi Barrio” quickly became the target of a larger antiracism campaign. The trading card company Topps faced a similar backlash last week after releasing Garbage Pail Kids cards that were intended to mock the band but were widely perceived as racist and tone deaf.

In a statement posted to its Instagram account on Sunday, “Mi Barrio” struck a conciliatory, if not wholly contrite, tone. “We will continue to improve, learn, listen and strengthen our intention: to bring entertainment to families.”

BTS has not officially commented on the Chilean episode, but in a statement released in March about increased attacks against Asians, the group said, “We recall moments when we faced discrimination as Asians. We have endured expletives without reason and were mocked for the way we look. We were even asked why Asians spoke in English.”