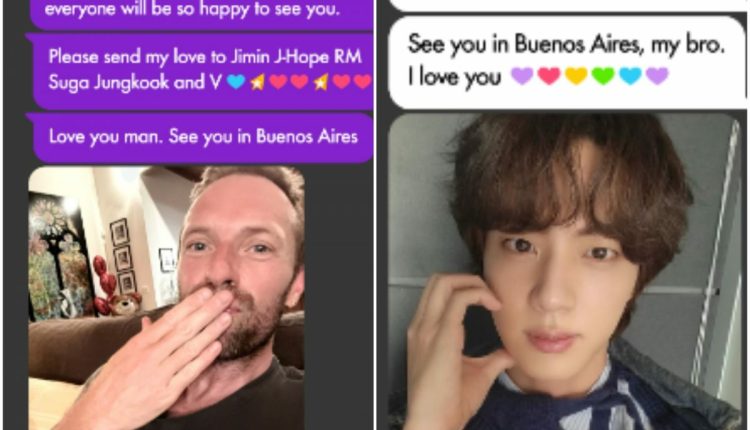 Seoul: BTS’ recent concert in Busan will not be the last time group member Kim Seokjin got to perform in front of a live audience before he goes off to enlist in the South Korean military. The eldest member of Bangtan Boys will be performing his soon-to-be-released song The Astronaut live in Argentina with the band Coldplay.

Jin has teamed up with Coldplay for the upcoming solo single. BigHit Music has officially announced that Jin’s new solo single ‘The Astronaut’ was co-written by Jin and Coldplay. And Coldplay frontman Chris Martin has invited Jin to pay the song with the band during their live performance in Buenos Aires, Argentina. The performance will be broadcast in cinemas across the world and tickets are available now.

BigHit Music published a statement via the K-pop boyband’s official Weverse page earlier today (October 20) to announce member Jin’s upcoming appearance at Coldplay’s ‘Music Of The Spheres’ tour stop in Argentina. Set to be held at 7pm ET on October 28, the Coldplay concert will take place at the Estadio River Plate in Buenos Aires. The concert will be held several hours after the single is scheduled to be released officially, at midnight ET that same day.

The iconic British band previously collaborated with BTS for their hit single “My Universe,” which was recently certified platinum in the United States.

Odisha Braces As Cyclone Over Bay Of Bengal Approaches