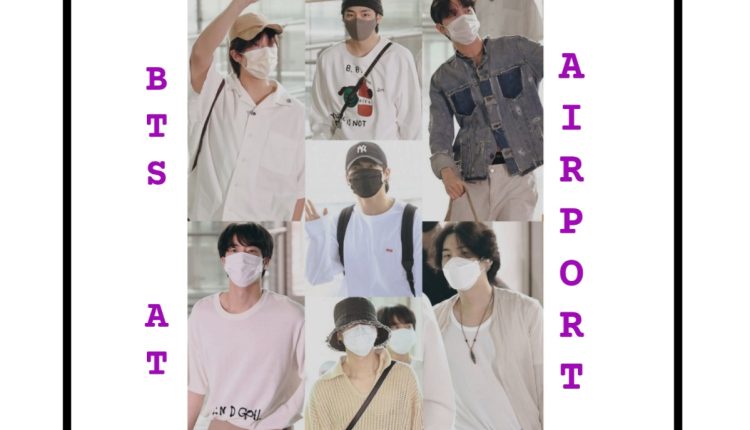 Seoul: BTS was spotted earlier on May 29’s morning departing for the US. BTS will be joining President Biden at the White House to discuss anti-Asian hate crimes and to celebrate the Asian American and Native Hawaiian/Pacific Islander Heritage Month, as announced earlier on May 26.

BTS members departed for the US through Incheon Airport in the morning of May 29. pic.twitter.com/jp8UlJvJb4

While band member Jungkook left a day early, the rest of the members left today (May 29).

Jungkook was seen sending finger hearts to fans and saluting them at the Seoul airport. Jungkook also bowed to the paparazzi inside the Incheon International Airport.

Dispatch shared a video of the boys at the airport, waving at the paparazzi. What caught ARMY’s attention was a sleepy Jimin clinging to V (Kim Taehyung) at the airport. Of course, V-Min (V Jimin) fans were quick to cheer for their brotherhood and flooded the video with love for the duo. “V-Min forever,” one fan wrote. Another added, “They all look so incredible.”

HAVE A SAFE FLIGHT BTS
pic.twitter.com/C0wQDWkUf9