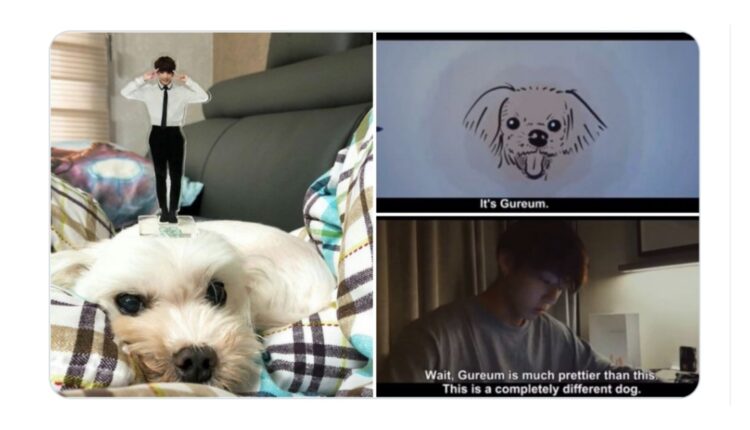 Seoul: BTS Jungkook’s beloved dog Gureum, who had been a constant in the golden maknae’s life, has been revealed to have passed away late last year. Not Jungkook himself, but his brother shared the news with his followers as he stated how proud he was of the pupper to have held on till he got to see his mom and dad.

He shared an image of white clouds in the blue sky, writing, “Gureum-ie passed away around the end of last year. I was so proud of him for holding on till the end while sick to see mom and dad. The 20 years together with Gureum-ie were very happy (to me). I’m leaving this post since there were many asking about his recent condition. Have a good night.” Jungkook has often spoken about Gureum (translating to ‘cloud’), sharing about how his family adopted the dog from a rescue shelter, ARMY was well aware of the BTS member’s attachment to Gureum. Over the years, Jungkook had also shared multiple photos and anecdotes about Gureum with fans, so this news was devastating to many.

While twenty years is no small feat for dogs, the loss of a loved one is always heartbreaking, especially when you consider that Jungkook spent his whole life growing with his precious pupper.