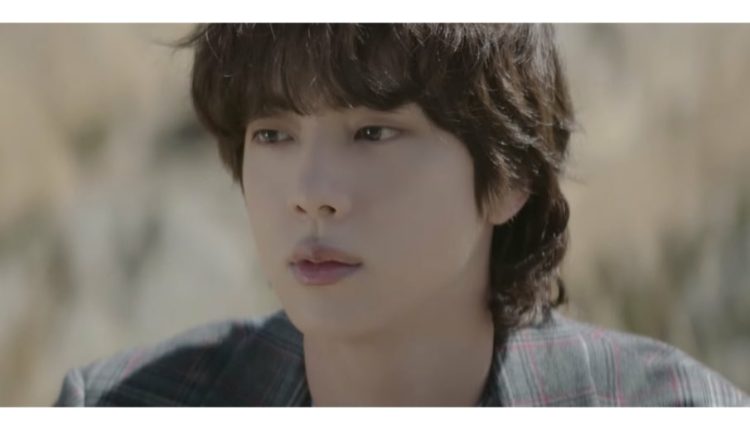 Seoul: BTS Jin is all set to treat his fans to his first single Astronaut. Before the music video, the kpop star, whose real name is Kim Seok-jin shared the teaser video of the song.

BIGHIT Music dropped a cinematic teaser in which Jin is sat at a deserted place looking at a crashed spaceship. The visually appealing teaser showcases few glimpses of the singer and the ship creating more anticipation.

Later in the day, Coldplay’s lead singer Chris Martin dropped a video on their social media accounts teasing the song. He dropped a snippet and how it sounds like giving a full listen of the falsettos of Jin and the high notes.

Fans are loving the video and they can’t stop praising Jin of BTS. The Astronaut teaser has been on the trending videos on YouTube with fans sharing the link on Instagram and Twitter. The teaser video has piqued the curiosity of ARMY. While many are guessing the theme and story of the song, others can’t stop fawning over the K-pop star.

Jin and Coldplay will perform ‘The Astronaut’ live together for the first time. The concert will take place at Buenos Aires’ River Plate Stadium on October 28 (local time). A live cinema broadcast of the concert will be available worldwide. The live performance of the song will also be available to watch on BTS’ official YouTube channel after the concert ends. ‘The Astronaut,’ co-written by Jin and Coldplay, is set to be released at midnight ET on October 28.

As ‘The Astronaut’ expresses Jin’s fondness for his fans, the ARMY, the song is meant to be a gift for the fans. The logo trailer, which was earlier unveiled, shows a journey of an astronaut who takes a spacewalk through unsettling space and reaches a glimmering place. BTS previously teamed up with the British band for the single ‘My Universe’ in 2021.

This will mark Jin’s first solo project since BTS announced in June 2022 that they were halting their group activities for now in order to focus on their solo endeavours. On October 17, the agency of the group announced that all seven members will enlist in the military for their mandatory service and will be back together in 2025. Before that, one can expect new music from all the members.