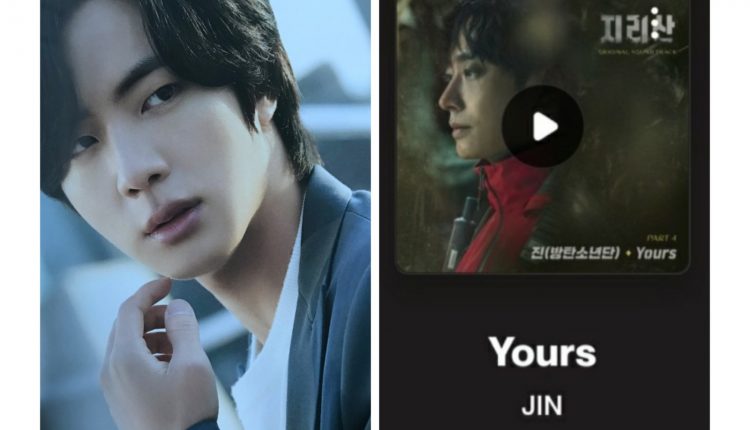 Seoul: BTS member Jin has been ruling hearts ever since his latest song ‘Yours’ was released. Now, the K-pop singer has become the group’s first singer to rank on the ‘Billboard Hot Trending Songs’ chart with his solo release.

The song entered Billboard’s chart on November 10 to its 9th spot. However, on November 12 the ‘Last 7 Days’ chart was released in which Jin’s song Yours ranked on 5th spot with over 7,98,000 mentions on Twitter.

Yours by Jin is the official soundtrack of the Korean drama ‘Jirisan’. The four-minute and 24-second song talks about lost love. While BTS’ Jin has sung the song, it has been written by Gaemi and JIDA. It is composed by Gaemi.

While Jin’s song is on Number 5 of the Billboard Charts, BTS’ Butter is on the top of the list. Butter was released on May 21 and since then it has become everyone’s favourite across the world. The song holds the record for the most views in 24 hours. The song managed to earn an impressive 113 million views in just a day.