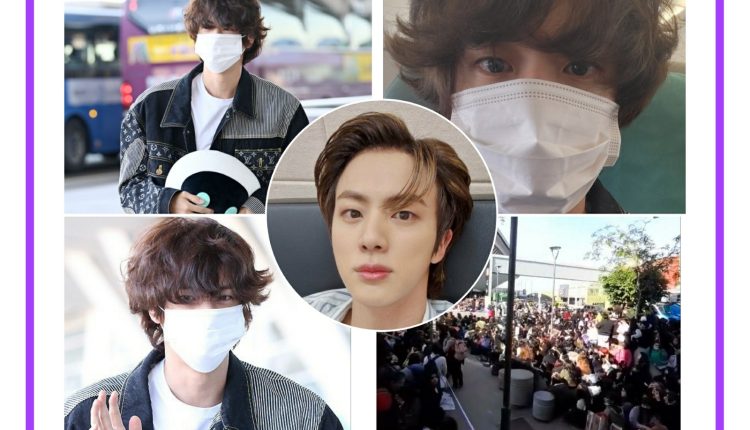 Seoul: Argentina turned purple to warmly welcome BTS’ eldest vocalist, Jin (Kim Seokjin), who is in the city to perform his new single Astronaut with Coldplay. However, there was such a crowd awaiting a glimpse of the star that he had to use the private exit. The singer duly apologised for not being able to greet fans and took to Weverse to express his thoughts.

Jin wrote, ” I arrived safely in Argentina. I want to apologise to everyone who was waiting at the airport There were so many people gathered up and I afraid you might get hurt. So I couldn’t go through from that way. I really wanted to see you, but I’m sorry. I hope I can see you in the concert.” One fan shared how one road was blocked for him, after the airport crowd. “THey cut off the road and treating him like a ROYALTY just wow KING SEOKJIN.”

On the other hand, BTS will soon be enlisting in the military. It has been more than a week since this announcement was shared and since then, the boys have been busier than ever. After lots of discussion and debates, the boys themselves decided to go ahead and complete their mandatory service.

For those who may not know, on Oct 17, a notice was released by the group’s agency, BigHit Entertainment where it confirmed that the members will be enlisting soon with Jin being the first one off.

The latest update says that Jin will be applying for termination of postponement as soon as he is back from Argentina. Followed by that, he will start the enlistment procedures and other wrap up activities.