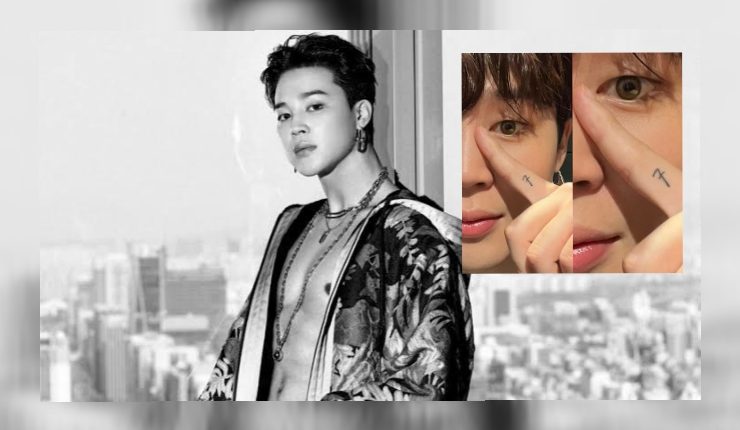 Seoul: BTS singer Jimin has finally debuted his ‘7’ tattoo. For the unversed, BTS members honoured their bond by getting matching friendship tattoos. Fans, popularly known as ARMYs, had noticed the ink on one of Jimin’s fingers in a recent BTS outing but it wasn’t evident enough. So Mochi took to Weverse and treated fans with a picture with the best look at his tattoo.

Much to everyone’s surprise, his finger tattoo came out to be their friendship tattoo. While fans rejoiced after seeing the tattoo, they broke down after reading the idol’s note where he felt disappointed for not being able to show his tattoo clearly due to his ‘small hands’.

“It’s been a while right, have you been well? I’ve been doing well. As you have probably heard the news , we are contributing to bringing the 2030 Busan World Expo. I am happy to be a part of such a meaningful event and would be happy if the dates are decided quickly and can meet you guys faster,” he said.

He further added”As for the photo, you all probably know already but it’s the friendship tattoo I got. I wanted to show you while I’m holding the mic but because my hands are too small, it turned out that it wasn’t visible while i held the mic, hehehe. With a disappointed heart, I’m at least posting a picture of it. Have a good dream today.”

While ARMY flooded social media with tears and appreciation for the singer, no one expected J-hope to grace the comments section of the post late at night to show some love to his fellow member.