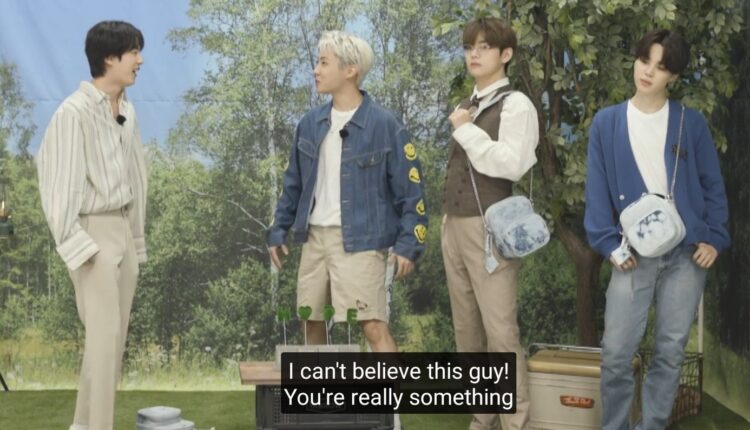 Seoul: BTS member J-Hope unveiled his personalised merch for ARMY, fandom of the group, on Tuesday. As part of his Artist-made Collection, J-Hope launched Hope pot set and a side-by-side mini bag. Both the products have hidden meanings in them.

Many fans believe that the merch perfectly reflects the singer’s persona and his impressive fashion sense.

As soon as the merchandise was dropped, the singer found himself on the trending topics list on social media as fans found various connections to his merch line. One fan pointed out that he was inspired by his track ‘Blue Side’ for the mini bag design and colour. ‘Blue Side’ is a track from the singer’s 2018 mixtape Hope World and serves as the outro to his project.

In the video, released on Weverse and VLive, BTS’ J-Hope told host and group member Jin that the Hope pot set comes with four small planters and the owner can grow any plant of their choice. J-Hope didn’t divulge the engraving on the pots but said that he tried to convey a message. “Even when I’m not around or out of sight, I’ll always be by your side,” he said.

In the video, J-Hope spoke about his bag saying that he put his ‘heart and soul into designing’ it. The BTS member called his bag fashionable and practical.

In the video, V and Jungkook posed as the models of the bag. The duo made goofy poses and pretended to work out as well and pose like athletes as they showed off the bag.

this is what modelling naturally is for vmin pic.twitter.com/5zotmapIST