Seoul: BTS ‘In The Soop 2’ aired its first episode. Jungkook’s doberman dog, called “BAM” is currently trending wolrdwide after it was introduced for the first time on BTS’ latest series “In The Soop” season two.

“In The Soop” showed cute moments between Jungkook and Jeon Bam together with the other members. In his introduction, it was revealed that Bahm is actually a Doberman and the description explained, “Even though his build is big, he’s a baby.” 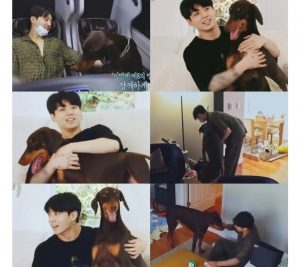 Many pointed out that they had seen him before during Jungkook‘s birthday live broadcast when he showed his phone with the same dog as his wallpaper.

Bus Fares Hiked Across All Categories In Odisha; Check Details

Best Shows And Movies To Watch This Weekend

US-bound Air India flight returns back to Delhi as…