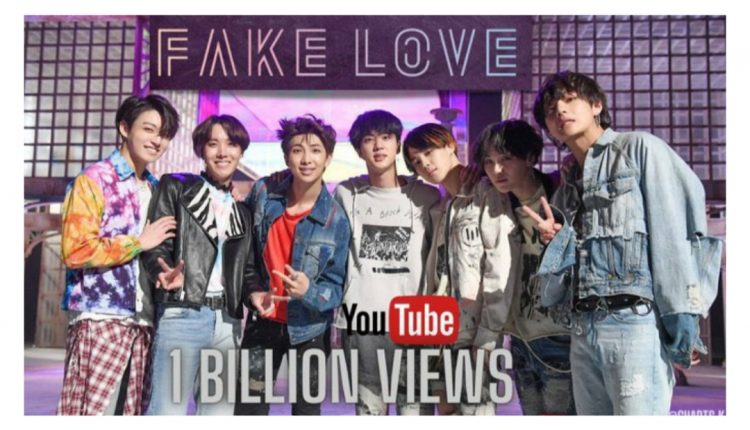 Seoul: K-pop superstars BTS made another achievement when their “Fake Love” music video reached one billion views on YouTube.

As “Fake Love” was released on May 18, 2018, it took the music video about three years, three months, and 20 days to achieve 1 billion views.