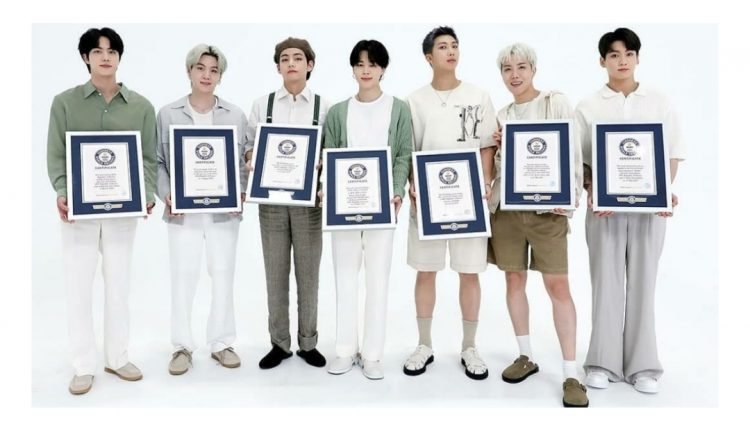 Seoul: After riding the popularity wave across the world, South Korean band Bangtan Boys, popularly known as BTS, has entered the Guinness World Records 2022 Hall of Fame with 23 records.

Guinness World Records announced that the Bangtan Boys have created 23 records to enter its Hall of Fame in 2022. The official statement of GWR reads, “BTS have collected a jaw-dropping 23 Guinness World Records titles across music and social media, an amazing result achieved also thanks to the enthusiasm of their fans, the ARMY.”

The 23 records as per Guinness are as follows:

Their 2021 hit single “Butter” won five records on its own, including most viewers for the premiere of a music video on YouTube and most streamed track on Spotify in the first 24 hours.