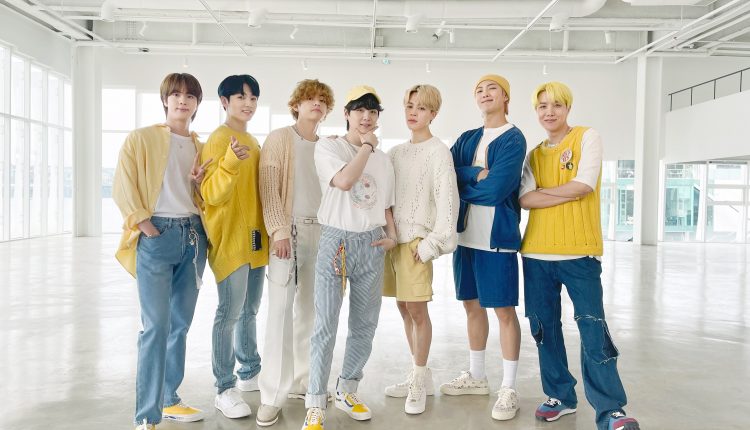 BTS’ ‘Butter’ On No.1 Spot Of Billboard Hot 100 For Fifth Consecutive Week

Seoul: Globally-loved boy band, BTS, continued to set new records as the supergroup is spending its fifth consecutive week at the top of the Billboard Hot 100 this week (chart dated July 3) with “Butter”.

FIVE weeks in a row!! #BTS_Butter is on the top of the chart again. It’s all thanks to #BTSARMY! AFBF,” the septet’s official Twitter account wrote.

FIVE weeks in a row!! #BTS_Butter is on the top of the chart again. It’s all thanks to #BTSARMY!
AFBF💜💛💜💛💜#Got_ARMY_Behind_Us https://t.co/zBfrdn5BY5

Of the 54 titles that have launched at No. 1, “Butter” is just the 11th to spend at least its first five weeks on the chart at the summit.

The track posts a fifth week atop the Digital Song Sales chart, rebounds 24-18 on Streaming Songs and rises 25-22 on Radio Songs.