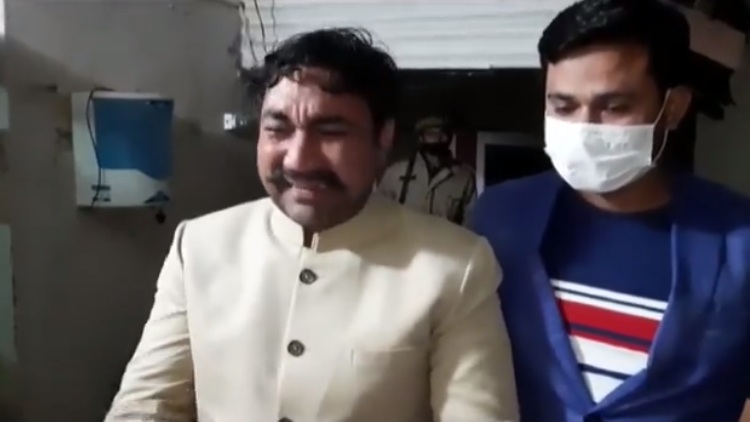 Lucknow: A video of Bahujan Samaj Party (BSP) worker Arshad Rana sobbing inconsolably after being denied a ticket from the Charthawal seat of Muzaffarnagar for the upcoming elections in Uttar Pradesh has surfaced on Friday.

“Tamasha bana diya (They made a joke about me). I never thought this would happen. You promise me a ticket and then you give it to someone else. You must have seen the daily paper advertisements and billboards. I did everything,” the BSP leader said.

“I have worked for the party for 24 years. On December 18, 2018, I was officially declared as a possible Charthawal candidate for the 2022 elections. Since then, I have been working here for four years,” Arshad Rana said.

#WATCH | I’ve been working for 24 years; was formally declared candidate from Charthawal in 2018 (for 2022 UP polls), have been trying to get in touch with party, no proper response; have been told to arrange Rs 50 lakhs…had already paid about Rs 4.5 lakh: BSP’s Arshad Rana pic.twitter.com/iIRCOPQ9is

Rana posted a lengthy message on Facebook about his ordeal and also threatened to end his life.

Rana alleged that he was trying to get in touch with party leaders but had yet to receive any proper response. “I have been told to arrange Rs 50 lakh and I have already paid about Rs 4.5 lakh,” Rana was quoted as saying by ANI.

In a tweet on Thursday, BSP supremo Mayawati announced Salman Sayeed as the party’s candidate from Charthawal and Noman Masood from Gangoh Assembly constituencies. BSP is contesting the 403 seats in the next elections, starting February 19, although Mayawati is not contesting.